Yesterday Сharitable Foundation "KIND HEARTS of those who care" quickly responded and helped still very young, but very brave guy, who is knowed in all Ukraine as Moscow Cadet - V'yacheslav Donhuzov. Six months ago the guy escaped from the Moscow Military School, hitchhiking reached the state border of Ukraine and came to military registration with request to take him into service to the ATO zone. He did not scare that for his head gave a lot of money in Russia, did not scare problems with citizenship and hell in Shyrokyno in which he fired almost immediately. Vyacheslav Donhuzov is a fighter  of the "DUK Right Sector." As fellow is the citizen of another state, he receives no wages. Fighters helped him to go to Sumy for lengthening the duration of his stay in Ukraine, but to return back into the ATO zone the guy could not. Thanks to the Charitable Foundation "KIND HEARTS of those who care"  V'yacheslav received the opportunity the same day, when he asked for help to go back to military service in the sector of M.  Foundation did everything possible and took care of his safe and speedy passage. We wish to the soldier success and good health. Let him keeps God!

Charitable Foundation "KIND HEARTS of those who...

RUSH TO DO GOOD DEEDS! 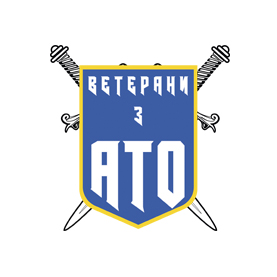 We are glad to help you!